Why is interest rate meant to go up with a higher inflation rate? Evidence from the UK.

Published by edentimmins on 14th October 2022 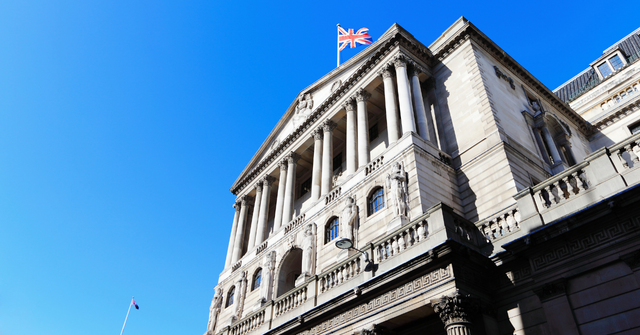 First of all, what is a rate of inflation? Briefly speaking, the Office for National Statistics (ONS), UK checks the prices of a whole range of items in a ‘basket’ of over 700 goods and services that consumers regularly buy. It ranges from a loaf of bread and a bus ticket to much larger items such as a car and a holiday. The price or the cost of this basket indicates the overall price level in the country and economists call this “Consumer Prices Index” (CPI). When the CPI of the current year is compared with the one from last year, the “Rate of inflation” is found in the form percentage change in the price level over one year. The ONS repeats this task every month and shares the updates publicly.

In economics or finance lessons, we develop an understanding of why an inflation is not necessarily a bad thing for an economy. We show how a low, stable and predictable inflation can support the healthy convergence of an economy (including finance). For example, businesses grow when entrepreneurs are able to plan on a much predictable cost structure ahead. Likewise, consumers on fixed income find it easier to plan their monthly budget and decide on committing to big expenses like mortgage. It implies on the contrary that rapid rise in the cost of living in the form of higher inflation would make people’s living harder, hitting the least well off the hardest in particular. The ONS reported that 87% of the adults in Great Britain have experienced a hike in their cost of living in August-September 2022.

Like many other countries, higher energy prices have been argued to be the main reason behind the ever-rising rate of inflation in the UK, i.e., about 10% currently with an anticipated rise to about 11% during this month. Russia’s invasion of Ukraine led to incredible amount of rises in the price of gas (energy bills). Moreover, prices of goods and services shot up since businesses started charging more to absorb the higher costs from rising energy bills and also the higher wages they have to pay to attract people to fill the post-pandemic vacancies created by falling number of jobseekers. To tackle a situation like this, any autonomous Central Bank of a country prioritises bringing back the inflation rate down and stabilise it. Likewise, the Bank of England (BoE), the UK’s central bank is trying to bring the rate back to the 2% target (set by the UK Government, not by the BoE), by applying the “monetary policy”.

So, how does a monetary policy work? The Central Bank (e.g., the BoE) controls inflation rate by setting a high interest rate and they do it through a higher Bank Rate, also known as ‘base rate’ in the UK or ‘discount rate’ in the US. A bank rate is the interest rate at which the Central Bank lends money to domestic banks and based on this high street banks and building societies then set their rates on a client’s loan, mortgage or savings account. Unlike now, when people reduced their spending and many lost their jobs during the financial crisis of 2008, the BoE had to cut interest rates to really low levels to support spending and jobs. We therefore had been lucky to enjoy a very low interest rate all these years. Our economy is now walking on a reverse order and expectedly we see rising Bank Rates, as set by the BoE from 0.1% in December 2021 to 0.5% in September 2022 and then to 2.25% most recently.

Given that the future of our economy is uncertain, the BoE cannot precisely hint the movements of their Bank Rate. As the future Bank Rate largely depends on what happens in the country (broadly, in Europe and beyond) in the next economic cycles and how the rate of inflation reacts to the changing world affairs over the next few years, we can simply expect that the BoE will continue to raise Bank Rate until the 2% target rate of inflation is achieved. We therefore need to be mentally (if not, financially) ready to face further rise in the cost of our living, especially if we are committed to make repayments of a large loan or mortgage using a variable interest rate. It’s worth noting that mortgage rates have already hit their highest point recently since 2008 and property sales have dropped by 10.5% (as of April 2022). Until the target rate of inflation is reached, government will allow making loans more expensive by setting higher interest rates (bank rate) and forcing people to spend less.

As always, the BoE will continue to review the economic health of the country and whether a change in interest rates is needed every six weeks or so, the next review outcome due on 3 November 2022, Thursday. In the meantime, it would be worth observing how smart the Government behave to stabilise the financial conditions of the British families that had been already worse off than the households in comparable countries by nearly £9,000 (Bloomberg-UK report, dated 13 July 2022)?