The source of inflation that often goes unnoticed. 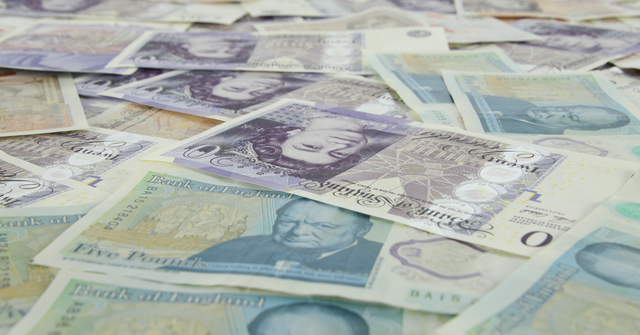 In my previous blog, I discussed how inflation is typically measured and why interest rate is raised to handle the inflationary pressure, as part of the monetary policy of a central bank. Today, I intend to discuss the common causes of inflation and then focus on one of the root causes that often goes unnoticed, as governments usually don’t talk about it and the mainstream media seems to ignore it!

What is inflation and how does it happen? It is a general rise in the price level over time that focuses on more stable prices and excludes volatile or fluctuating food and energy goods. Inflation reduces the “purchasing power” of money and therefore hurts fixed-income receivers the most. It also affects savers who lose value of their accumulated savings, and lenders who get paid back in “cheaper pounds” (in the UK context). Economics highlights two core causes of inflation, namely, aggregate demand (AD) of consumers for goods and services, or rise in costs of production due to rise in cost of inputs  (i.e., land, labour, capital, technology) per unit or supply shocks / shortfalls (as we witnessed during COVID-19). Accordingly, inflation arising from these two sources are called “demand-pull inflation (DPI)” and “cost-push inflation” respectively. In case of DPI, “too much spending chases too few goods” (as described by Coulborn) and it can happen due to rising income levels of residents in a country. DPI category of inflation can therefore be indicative of better financial affordability of the residents in a fast-growing economy. China makes a great example here, managing immense economic growth over the last two decades based on exports and bolstering people’s per capita income to $12,556 in 2021, a 20.63% increase from 2020, while the world economy was struggling to survive during COVID-19.

Let’s find out why costs of inputs rise. Say, you are a builder and you need more land to construct more multi-storied residential complexes. However, due to green zone policy and environmental restrictions, your local council isn’t releasing any more land for residential constructions. Hence, you may consider approaching private property owners to acquire lands at a more expensive price than the market rate. Now, consider this to be an economywide issue and you’ll then see builders facing a rising cost of procuring or leasing lands and setting higher selling prices for the apartments (to cover the rising cost). A better example can be the current energy shortage due to Russia-Ukraine conflict which is piling up energy bills and hence having an overall inflationary impact on the cost of production. It implies that much of the increase in cost of production may arise from external sources and, unlike DPI, a resulting inflation from this may not be indicative of a healthy economy, industrial sector in particular.

Given my assumption that the basic causes of inflation are now clear, let me discuss the deeper structural reason for price increase, “corporate concentration”, that often goes unnoticed. Let’s take an example of the UK grocery supermarket sector which is highly concentrated by a few firms (we call it “oligopoly” in economics), i.e., Tesco, Sainsbury and ASDA. Although their rising pace of market concentration halted following the emergence of Aldi and Lidl in the post 2008 financial recession period, their market concentration ratio still remained quite high, i.e., 72.3% (down from 75% in 2011). It means, these companies had remained in a position to exercise their “market power” of setting price on any level due to insufficient competitive pressures, hence no obligation to please consumers. The Office for National Statistics (ONS) declared an inflation rate of 10.1% in September 2022, implying an expected 10% rise in the retail products. On the contrary, the cost of food and drink (already) gone up 12.6% in July 2022, implying further that food prices outpace overall inflation. Why so? Now, let’s consider a more serious example of the energy tycoons that skyrocketed our energy bills. As Bloomberg report (30 August 2022) revealed, the UK gas producers and electricity suppliers are on the verge of generating excess profits of £170 billion over the next two years. Does the windfall gain they are making by setting an astonishing rate of energy price have anything to do with the 10% inflation rate?

It’s clear that the market power of the oligopolies exerts great influence on the general price level and governments and mainstream media hardly talk about them. If it continues like this, the British families that are worsened off by nearly £9,000 compared to households in similar economies (Bloomberg report, 13 July 2022), will continue to be worse off and the UK will turn into an oligarch economy soon!